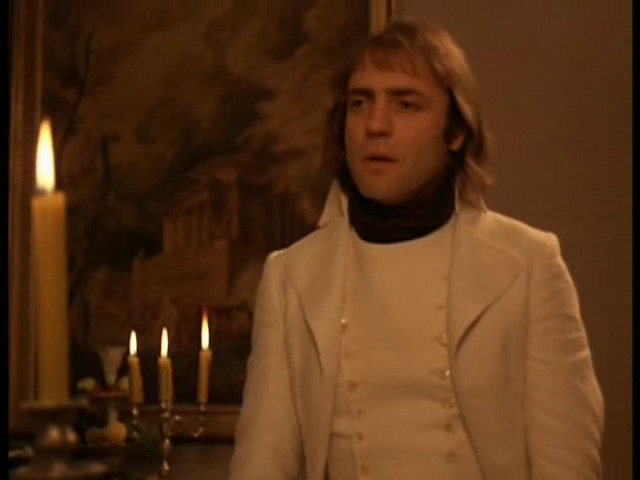 The Marquise of O (1976)
Directed by Eric Rohmer
Written by Heinrich von Kleist, Eric Rohmer
Produced by Barbet Schroeder, Klaus Hellwig
Starring Edith Clever, Bruno Ganz, Edda Seippel, Peter Lühr, Otto Sander
In retrospect, one can scarcely imagine a filmmaker more opportune an adaptor than Rohmer of Kleist’s Napoleonic novel; notwithstanding the French auteur’s precedent dedication to contemporary narrative, his deliberately austere, loquacious, novelistic and unscored style perfectly befits that gentle treatment of faltered rectitude and familial discord in a thoroughly Catholic context. In a small Italian town besieged by Russian forces, a peeraged, dashingly gallant Lieutenant-Colonel (Ganz) rescues its governor’s comely and widowed daughter (Clever) from ravishment at the hands of his juniors immediately afore his capture of the community’s citadel. Erroneous hearsay of his demise in battle succeeding an abrupt leave shock the Marquise and her family less than the count’s visitation soon thence, passionate profession of love for her or impetration for her marital hand, for which he demonstrates his willingness to sacrifice his military career and suffer court-martial. Unaccountable and symptomatic evidence of her gravidity further complicates the irreproachable lady’s dubiety regarding her suitor while straining her filial relations to sunderance; only the conciliatory force of love can absolve sudden sins commoved by supposition and sanctimony, or the irresistible impulsion of lust. Outstanding performances by this film’s famed cast invest to their every exchange a stately conviction, but many of its finest moments reside in the fleeting, unspoken idyll of children, craft and natural splendor. Paired with Néstor Almendros’s muted photography, Rohmer’s painterly composition is as kindred to neoclassical portraiture as the exceedingly elaborate pageantry of Kubrick’s coetaneous Barry Lyndon, and this lauded first and finest of his period pictures is as cosily, simply satisfying as ever: another in a string of classics from the most uncompromisingly authentic and economical of the nouvelle vague’s luminaries.