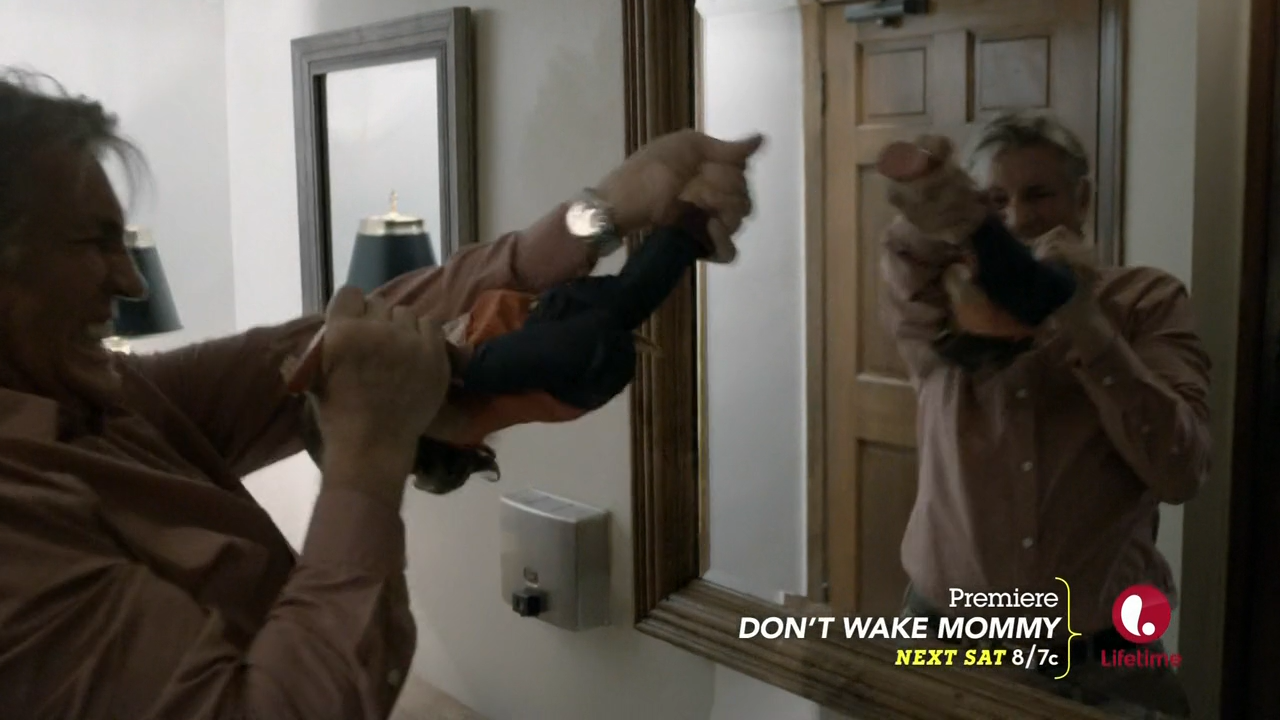 Stalked by My Doctor (2015)
Written and directed by Doug Campbell
Produced by Robert Ballo, Ken Sanders, Timothy O. Johnson, Marianne C. Wunch
Starring Eric Roberts, Brianna Joy Chomer, Deborah Zoe, Jon Briddell, Carson Boatman, Wyntergrace Williams, Caryn Richman
Look out, ladies: one creepy, crazy, craggy cardiologist (Roberts) is on the prowl for Mrs. Right, and liable to throw a psychotic, doll-mangling, trash-flinging tirret whenever rebuffed, as in response to one of his marital proposals at the prandial climax of a first date. Alas, L.A.’s dating market’s dispossessed of its most eligible bedlamite when he runs afoul in his OR of a foxy young patient (Chomer) sequent to an automotive crash ensuing her doltish boyfriend’s (Boatman) synchronic assays to drive and text. Who’s to say that writer/director Campbell didn’t craft this footling feature as much for casual riffers as for Lifetime’s targeted proto-menopausal demographic, affording as usual the lovely, imperiled maiden upon whom they can project their conceptions, her solicitous mother (Zoe), whose suspicious disapproval serves as the link for their identification, and toxic, misogynistic, patriarchal oppression personified as both the lunatic physician whose progressively criminal stratagems (in teetotal neglect of his Hippocratic oath) propel the plot with no minor expedition, and his victim’s faineant father (Briddell) and brainless beau, who enable him with damnable rationalization. Never mind its plenteous plot holes, or the stale and logically soluble propaganda as essential to this flick’s story as to its genre; Roberts is a gnashing delight in the lead, as much for his smarmily nonchalant bedside manner as his slurring, raving ebullitions, looking for all the world like a neatly preened, grandmotherly vagrant. As the weary gender wars will soon yield to authentic identitarian conflicts, propagandistic fare demonizing (invariably demented) guileful men and potentially rival women to capitalize on the feminine hindbrain’s instinctual triggers won’t be available in incessancy to aficionados of televised schlock. Savor them while they last!
Recommended for a double feature paired with Talk to Her.

4 thoughts on “Execrable: Stalked by My Doctor”