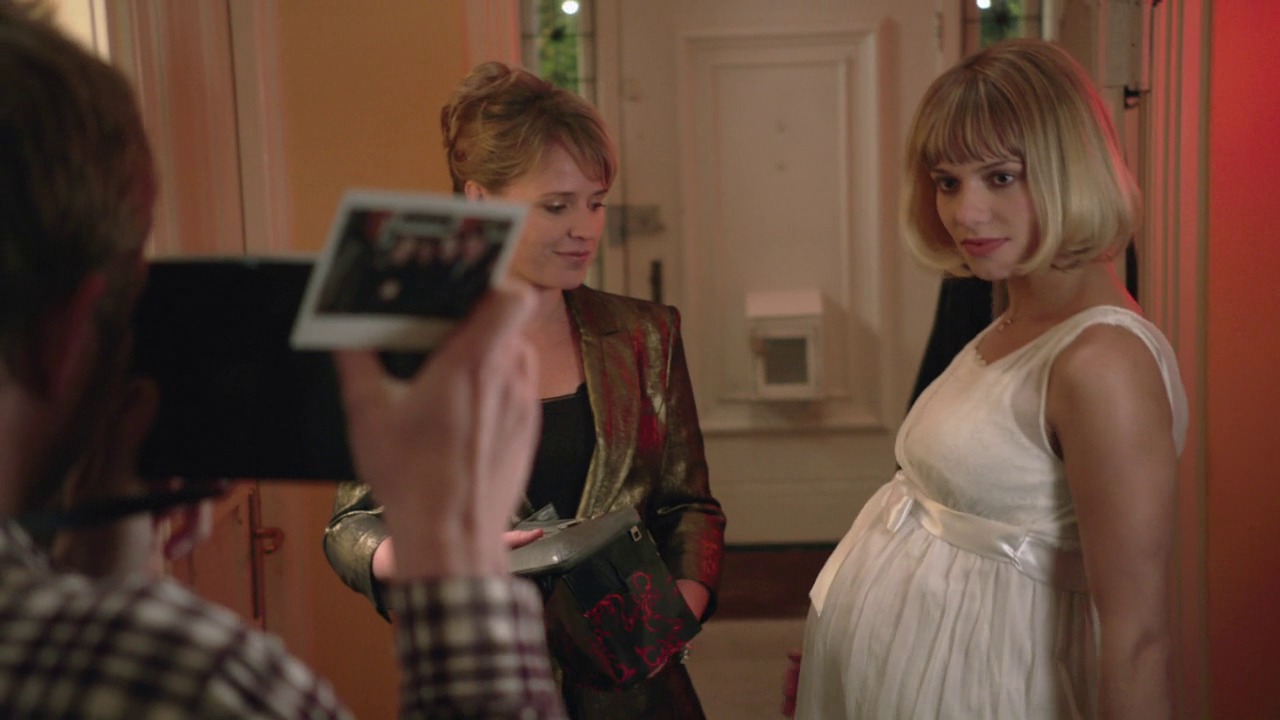 “Few men would be deceived if their conceit of themselves did not help the skill of those that go about it.”

Viewers of this brief feature’s first few prefatory minutes scripted by Van Kooten submitted thousands of continuative scenarios, from which diegetic devices were garbled, then integrated into the densely, tidily plotted shooting script of Verhoeven’s first good flick in twenty years. The semicentennial birthday of a shaky construction firm’s founder and CEO (Blok) is disrupted by attendances of his scheming partners (Haaf, Tiddens) and erstwhile, evidently enceinte mistress (Harmsen). In its aftermath, their revelations threaten to profitably unravel his professional life and business, but a backstair percontation by his stolid son (Hoog) and the flirty friend (Jansen) of his his dumpy, drunken daughter (Spoor) exposes connivance, though almost everyone involved is peccant for deceit. Staged, shot and acted with polished assurance at a brisk pace, this small production finds Verhoeven back in good form after his wearisome succession of doltish, bloated blockbusters stateside and in his native Netherlands, wasting not one of its sexy, silly fifty-five minutes, even if half of the twists recurring every five are too predictable.