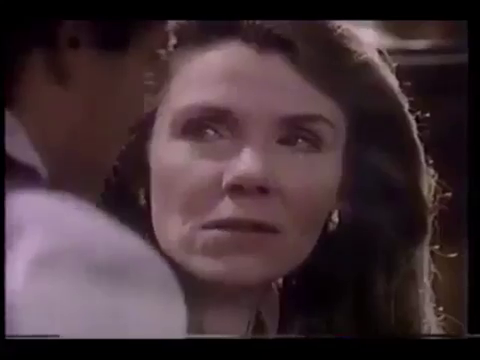 Unspeakable Acts (1990)
Directed by Linda Otto
Written by Jan Hollingsworth, Alan Landsburg, Hesper Anderson, Joanna Strauss
Produced by Joan Barnett, Don Goldman, Alan Landsburg, Howard Lipstone, Linda Otto
Starring Jill Clayburgh, Brad Davis, John Mazzello, Gary Frank, Season Hubley, Bebe Neuwirth, Mark Harelik, Gregory Sierra, Bess Meyer, James Handy, Maureen Mueller, Sam Behrens, Valerie Landsburg, Jeff Seymour, David Wilson, Ashleigh Sterling, Alan Sader, Jenny Gago, Paul Eiding, Maria Cavaiani, Rick Warner, Terence Knox, Guy Stockwell, Byrne Piven, Laura Owens
Onscreen, it seems so simple: children and infants of an upscale neighborhood in Miami-Dade County are entrusted by their parents to a babysitting couple (Sierra, Meyer) who introduce them to collectively sexual sport and threaten them with Satanic rituals; after the deranged couple’s ineludible arrests, married, compassionate juvenile psychologists Laurie and Joseph Braga (Clayburgh, Davis) gently pry confessions of these abominations from the older victims to successfully inculpate their assailants and secure their convictions, despite the pettifoggery of their defense (Samek, Stockwell). Both this televised docudrama and the book on which it was based (penned by former television reporter Hollingsworth while in the therapists’ employ as a consultant) alter and omit numerous crucial details: the Bragas were not accredited criminal psychologists and coerced the victims during interviews; co-defendant Ileana Fuster was subjected by the prosecution and her defense attorney to a lengthy series of aggressive interrogations and probable hypnotism, then blatantly coached when providing a deposition as a witness against her husband, Francisco Fuster-Escalona; their adopted son, who has maintained their innocence for decades, is here depicted as a little girl (Cavaiani) tormented by their atrocities; most significantly, Janet Reno prosecuted the Fusters while serving as Miami-Dade’s State’s Attorney with the same unscrupulous and energetic efficiency that characterized her stint as the United States’ Attorney General, using a discredited and unethical methodology that also led to two wrongful convictions of accused sexual offenders, who were later exonerated — yet despite her authority and individual conduct in this case, she’s only mentioned twice by her inferiors. Previously convicted for counts of assault, manslaughter and child molestation, Fuster-Escalona’s culpability is overwhelmingly probable, corroborated by consonant confessions of his victims to their parents before they reported them in turn to the authorities, as well as symptoms of sexual abuse observed by their doctors. However, the question of prosecutorial misconduct is never seriously raised in this unconscionable fictionalization, characterizations of which are childishly broad, presented melodramatically to manipulate unsuspecting audiences. Performances among the ensemble vary drastically in quality. As the heroic kiddieshrinks, Clayburgh is surpassing and Davis charismatic, though he untypically overacts certain scenes, weirdly coiffed with a preposterous ponytail. Neuwirth, Mueller and Hubley are especially convincing as mothers of the traumatized tots, and Sierra greasily exudes their abuser’s slimy perversity. That any of the players under Otto’s ham-fisted direction breathed plausibility to Landsburg’s, Anderson’s and Strauss’s schmaltzy script — itself emotively and expositionally bounteous with cornball conversations — is a testament to their talent. In reality, the improprieties of this movie’s protagonists casts as much doubt on the validity of its judicial proceedings as Ileana Fuster’s famously inconstant claims regarding its verdict. Fuster-Escalona is likely where he belongs, but one can only wonder.