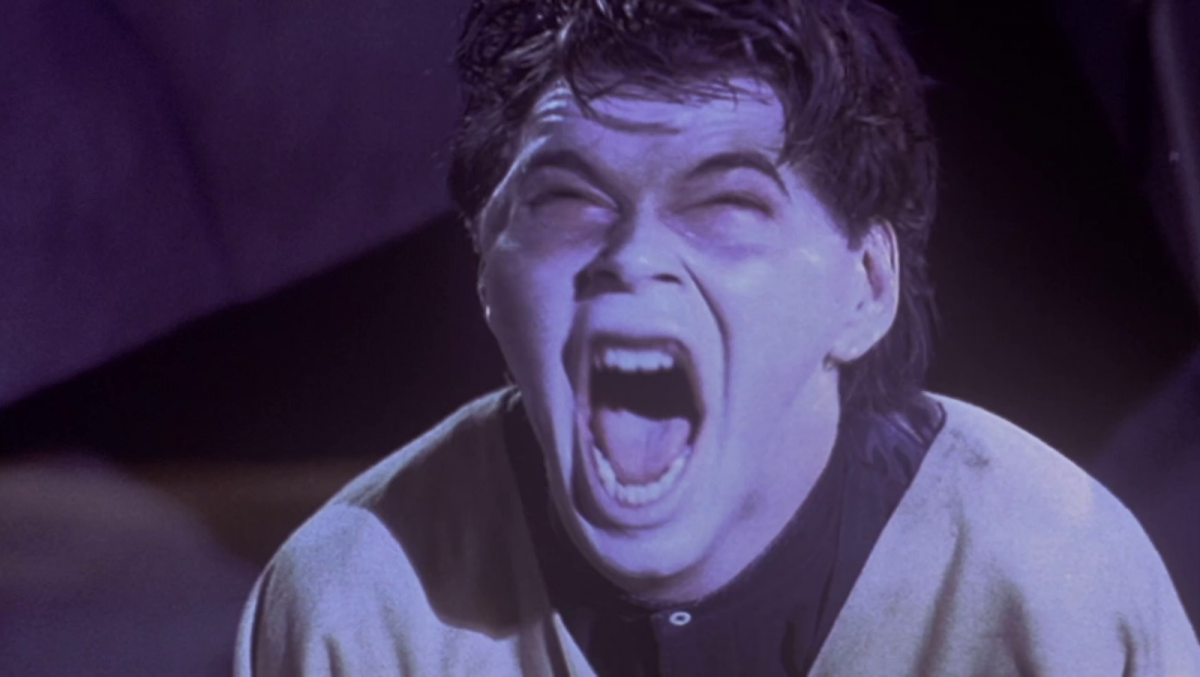 Children of the Corn II: The Final Sacrifice (1992)

Mass murder in an agrarian, Nebraskan town that was clearly committed by a syncretic cult composed of minors attracts the professional attention of a tabloid’s lunky reporter (Knox), who investigates several succeeding deaths and other local intrigues in a nearby community where the unmistakably sinister kids have been transferred and welcomed by its obtuse residents. His snottily hostile teenage son (Scherrer) accompanies him to pad the duration of this garbage by romancing a fetching blond townie (Clark).

Genre hacks Katz and Adler contemporaneously co-scripted episodes of Freddy’s Nightmares and Tales from the Crypt, but their screenplay for this sequel to the middling adaptation of Stephen King’s short story doesn’t even meet the low standards of those series. Amorous interludes, messy invultuation, and an underplot concerning environmental crime were interjected into their rehash of King’s physitheistic creeper because they haven’t the imagination to elaborate on his concepts or craft a compelling story. Every character is a stock archetype or rural stereotype who utter shopworn, schmaltzy dialogue suited to diurnal soap operas. Very little is so mortifying as coddled boomers raised in an immanently neurotic Abrahamic faith who slavishly satirize the toothless faithful of another.

His zooms and crane shots are the most wearyingly routine images in Price’s dull presentation. He couldn’t even execute the movie’s sole jump scare competently.

Notwithstanding noctilucence that’s absurdly overlit, Levie Isaacks’s colorful photography is easy on the eyes, and one of this movie’s few assets.

Persistently poor comic timing should be imputed to Price and his cast, but Barry Zetlin cut the prosaic footage at his disposal as well as anyone could expect.

Most of these actors either woodenly recite or gnaw the very fabric of spacetime to enact Katz’s and Adler’s simplistic characters. Clark and Allen are tolerable, but haven’t much to do other than posture prettily and shriek when imperiled.

Daniel Licht’s assemblage of choral and orchestral clichés serves the same function as ambient music without any soothing effect. His minatory variation of London Bridge is Falling Down sung by brats is exquisitely abashing.

Every tritely slain victim could easily escape if they’d a survival instinct or average IQ. Purblind provincials unwittingly waiting to die aren’t terribly interesting either. Dismal digital effects that have aged horribly are twice implemented. Sweaty sex shammed by Allen and pudgily misshapen Knox is starkly sickening, even more vile than the coitus between Joe Don Baker and Linda Evans in Mitchell. Demonic possession and talentlessness cause Bollman’s heresiarch to speak with a peculiarly peeving cadence.

This is the very lowest grade of sequel: unfunny, vapid, gutless, hokey, tired, tedious trash contextualized in a faintly subversive pretense. Avoid it.