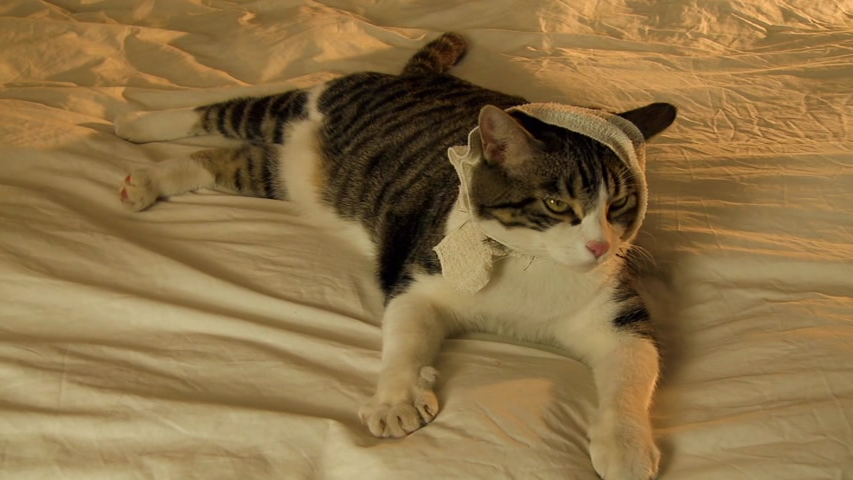 With Christmas magic in June, Kris Kringle routes a vanful of vacationists to quarter at Santa’s Summer House, where St. Nick and his wife (Mitchum, Rothrock) minister miserable careerists (Daniels, Long) and their dweeby son (Adams), catering sisters (Morris, Rosenstein), and a prickish rocket scientist (Bernhardt), who patch and plant relational bonds as secret Santas. Subsequent shifts of A Talking Cat (Squeaky, vocalized by Roberts) introduce a lunky, retired programmer (Whitaker) and his timorously bookish son (Cone) to a caterer (DeBell), her ambitious daughter (Valdez), and aimless son (Dannas) as he counsels most of them.

During his time here on Planet Earth, Helm has developed a rudimentary understanding of intraspecific human relationships and interactions, those interspecific with lower mammals, the English language, and technology in industrial societies. Alas, the limits of his knowledge are exposed by his characters’ unaccountably abnormal disorientation, behavior, vernacular, and idioms thereof. As hashes of terrestrial fiction, these are terrible screenplays, but actual humans have written worse.

No living filmmaker so personifies quantity over quality as DeCoteau, a cloddish, tireless cheapjack of gore and homoeroticism who’s currently churning out dreary domestic depravities for Lifetime. This pudgy perpetrator of pap perfunctorily forayed these family-friendly features: many shots simply dolly or zoom in, then out, those latter often jerkily. Even in scenes that are competently shot, his casts are clearly on their own when grappling with Helm’s bewildering scripts.

By reducing its brightness, boosting its contrast, and bluing his video, DeCoteau produced the most unconvincing day for night simulated in post-production since that seen in Deliverance.

No combat happens in the Summer House, despite its occupancy of four martial artists. They owe little longevity to dramatic talent, so what can one expect from screen shellbacks Rothrock, Mitchum, Bernhardt, Whitaker, and DeBell when they’re saddled with screenplays that read like poor translations of Soviet comedies spoofing American society? Fat feline Squeaky lazily upstages his bipedal peers. Roberts sounds plastered while literally phoning in his lines, but who can tell?

He’s lifted from better music for decades, so Harry Manfredini was prepared to quote classic Christmas songs for a score that would’ve been better suited to a studio’s holiday comedy in the ’80s than this barely-budgeted video. For Talking Cat, he composed the best tunes for a circus’s clown act, theme park’s ride, and animatronic mariachi that you’ve yet to hear from the preprogrammed song bank of a consumer-grade Casio keyboard.

Fans of Roberts are sure to enjoy his specially slurring, swaggering anthropomorphism of Squeaky’s vagrant quadruped. Every actor under 30 in these movies is quite attractive; one can only hope that Adams, Cone, and Dannas knew better than to fraternize alone with DeCoteau.

Cloudy, sylvan, littoral, and residential B-roll (and especially establishing shots thereof) are glaringly recurrent in these pictures, constituting perhaps a fifth of both. A laser guiding Squeaky is thrice visible. DeBell’s chef removes a baking pan filled with cheese balls from a hot oven with her bare hands less than a minute before its tangency scorches those of Whitaker’s bumbler. An interminable croquet match at the Summer House drags on and on. Every scene contains some baffling incoherence or other.

Both of these videos are inoffensively horrendous, shot successively at a hideously furnished mansion where pornographic productions were staged. If you must watch these, do so with the commentaries of professional masochists. 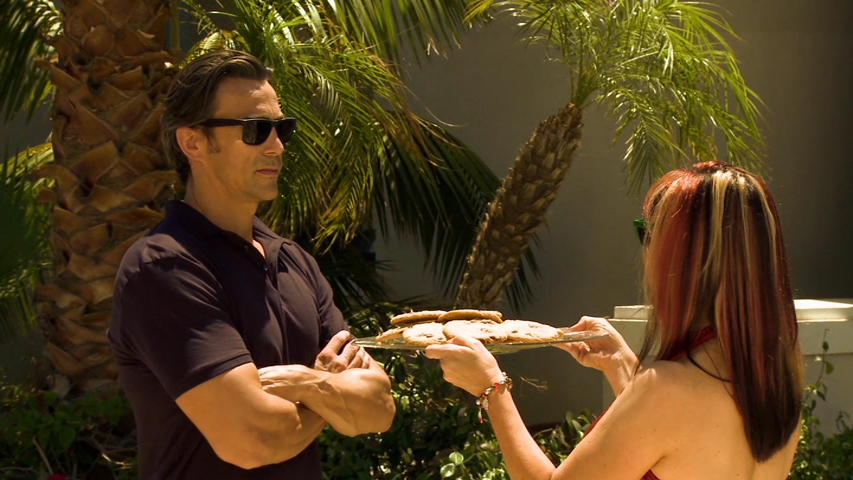 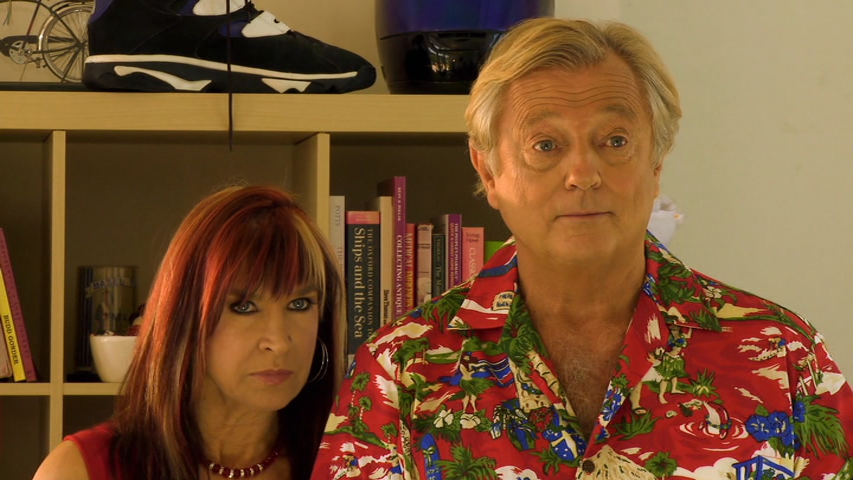 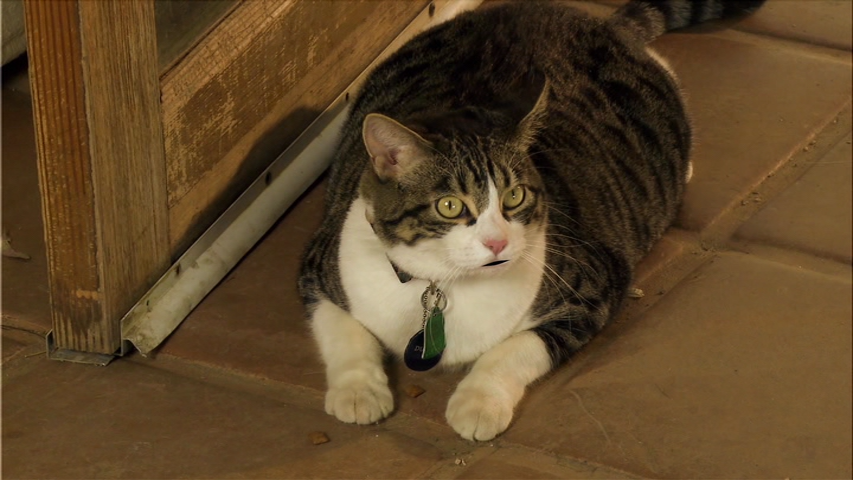 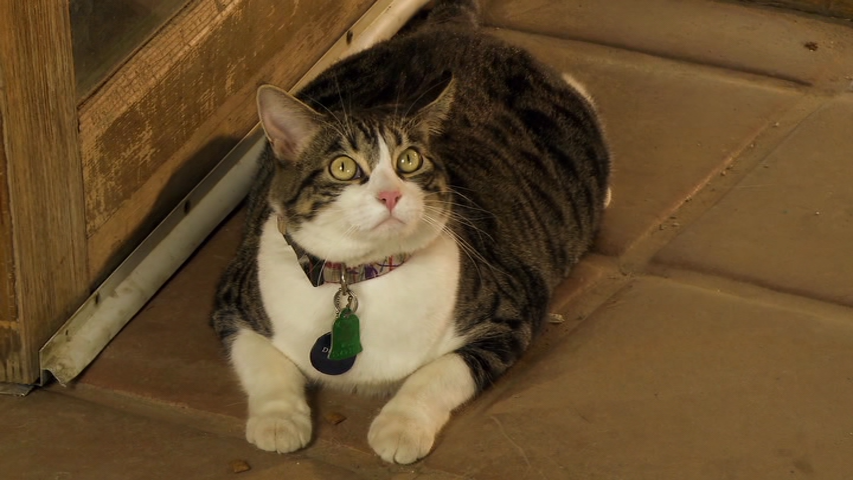 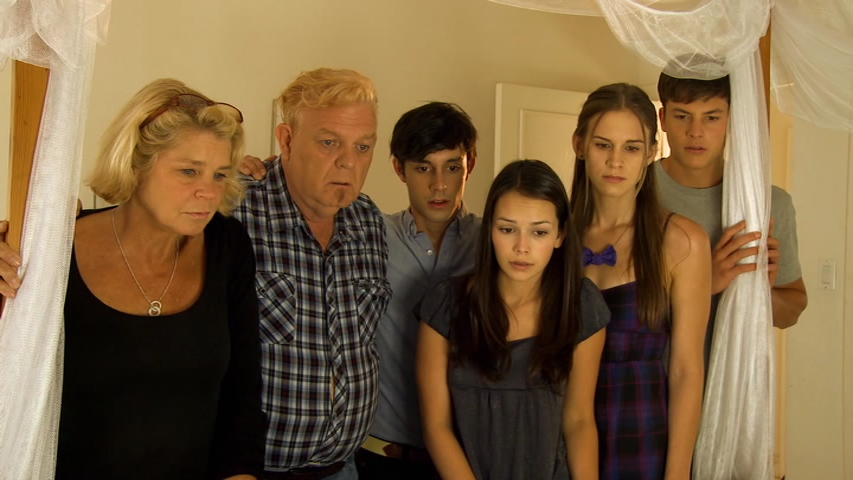 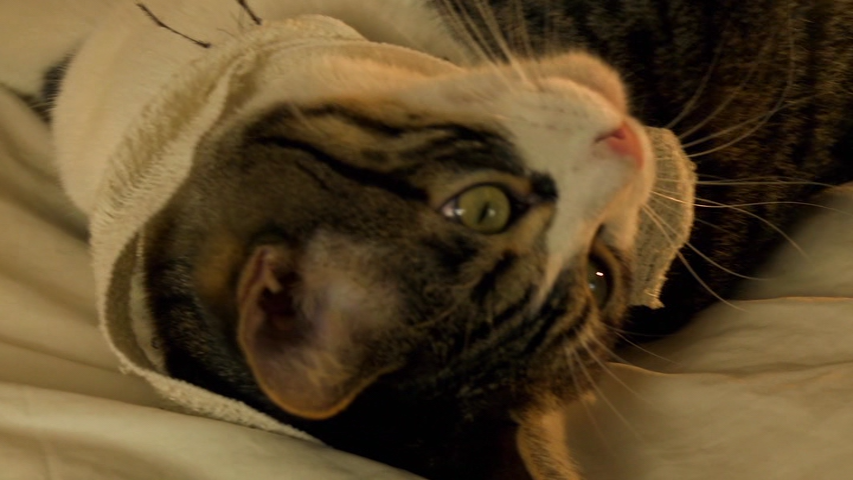