3 Women (1977)
Directed by Robert Altman
Written by Robert Altman, Patricia Resnick, Shelley Duvall
Produced by Robert Altman, Scott Bushnell, Robert Eggenweiler
Starring Shelley Duvall, Sissy Spacek, Janice Rule, Robert Fortier, Ruth Nelson, John Cromwell, Sierra Pecheur, Craig Richard Nelson
Each misfortune to befall a geriatric spa’s awkward, arrogant attendant (Duvall), the girlish, guileless coworker (Spacek) who alone idealizes her, or a grim, sullenly expectant muralist (Rule) wed to a whilom stuntman (Nelson) permutes their personalities, sequent circumstances and resulting relations in this oneiric masterpiece, almost as dimly depicted as dreams from which it was conceived. For his distinguishing empowerment of leads with creative carte blanche, Altman’s best movies succeed by the strength of their innovation and intuition, and worst fail for a want thereof. Duvall indued to her obtusely oblivious oddball and Spacek her apparently artless adulator nearly their every peculiarity, extemporarily creating their eccentrics in each transformational, scantly scripted stage — an accomplishment as tremendous for its histrionic invention as the realization of roles that might’ve played as caricature. These personations and a peppered plentitude of cunning little thematic, often auguring metaphors illustrate the potential fluctuancy of ipseity, divides spanning philauty from reality, how social compartmentalism follows personal congenialities, and ostracization begets hubris and aggravates anomaly among gesellschaft and gemeinschaft alike in sun-baked Palm Springs, its very deserts denoting desolation. Engulfed by hydrous signification, this funny, flurrying ornament of New Hollywood’s latitude is richer with each screening, and the last, best, most immersive and penetrating picture of Altman’s winning streak.
Recommended for a double feature paired with Persona, Images or Mulholland Drive. 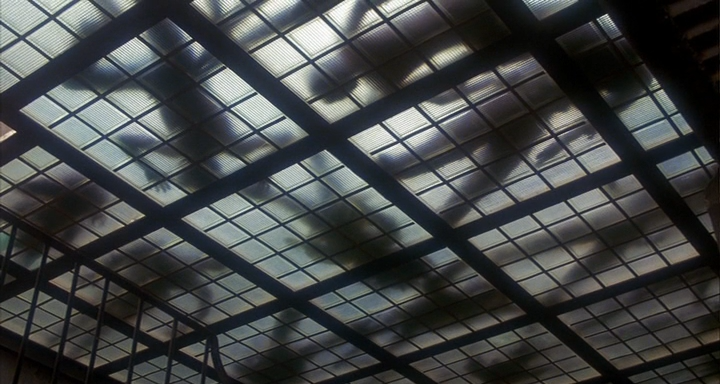