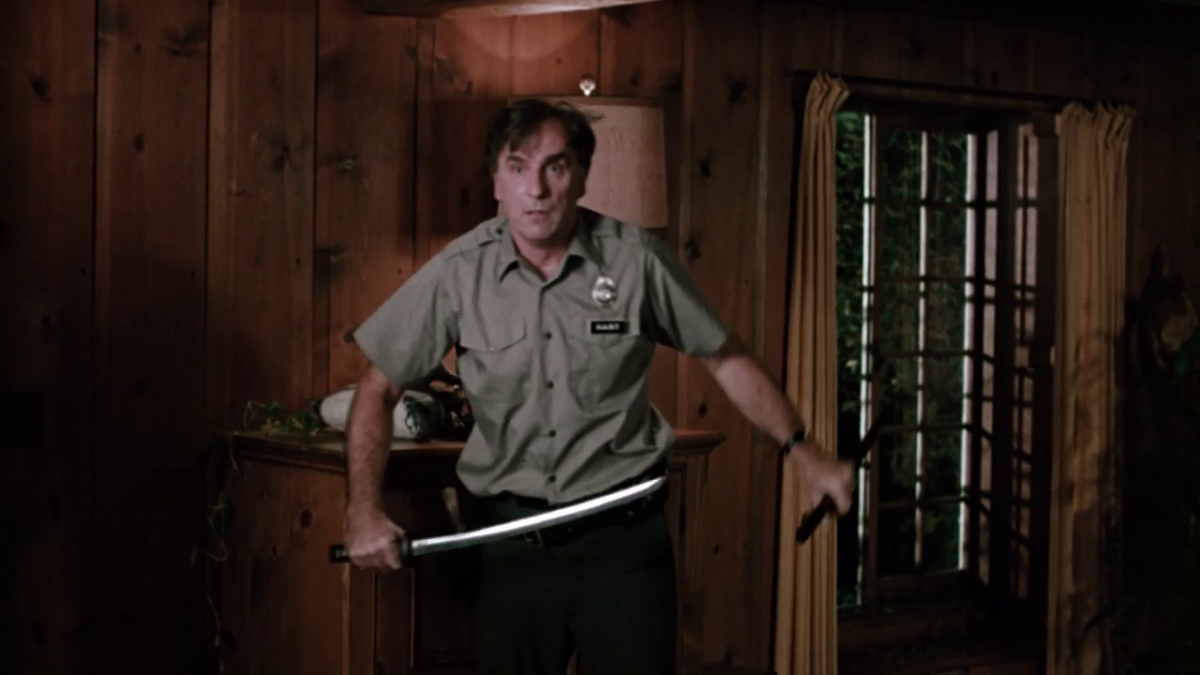 As in so many other B-movies, the heroes of Albright’s and Terry’s dragging story could twig and resolve their disaster if they’d average IQs. They don’t, so 40 minutes of plot is extended to 93 that are largely dilatory, containing scant surprises and no suspense.

Kalmanowicz helmed this with slightly more skill than that observed in the usual fodder for double bills at drive-ins.

Some scenes are dingily defaced due to substandard stock or storage, but Barry Abrams’s photography is otherwise as vibrantly attractive here as it was coterminously in Friday the 13th.

Perhaps Nikki Wessling wasn’t judicious to apply a magnifying glass and paper guillotine in lieu of a flatbed editor.

Rogers is likably wild-eyed in his authoritatively folksy lead role. As hammy Shakar’s gaumless, expectant wife, Garnett voices her idiocy with lumpen intonation. Glaccum, La Mothe and Montone are easy on the eyes, but only flirt and die horribly. Neither is much comic relief rendered by goatish, deputized local yokels played by co-producer and co-screenwriter Terry, and Maloney, a prolifically versatile ancillary who wasn’t above slumming in low-budget fluff between prominent roles in classics like A Little Romance, Breaking Away, and The Thing. Those titular kids (two of whom are the offspring of producer/screenwriter Albright) seemed to be enjoying themselves. Brennan reportedly dealt copious cocaine to the cast and crew, which clarifies his fruitily catty connection to Montone’s heedless hussy, and quite a lot else.

Equally synthesized and orchestral, Harry Manfredini’s score isn’t as memorable as that composed concurrently (again!) for Friday the 13th, and encompasses his perennial plagiarization of Bernard Herrmann’s music (specifically, themes and cues from Psycho.)

In the third act, several malevolent tykes are shot at point blank range and dismembered. That’s the most you can expect from this movie: minors assaulted with firearms and killed with an o-wakizashi.

Until and after the abovementioned child abuse occurs, this is boring and unfunny. An unspeakably lame, final “shock” can be foreseen at least an hour in advance.

Death and pablum are easy. Craft and parenting are hard. 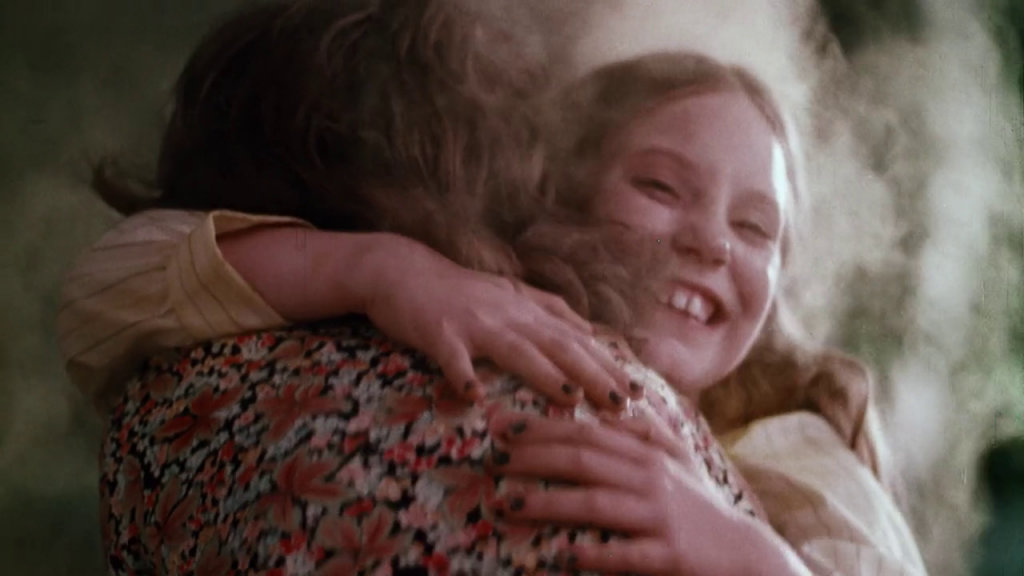